“The intensification of a person’s self-awareness: in astrology, that is all that matters.”
—The Inner Sky

How is evolutionary astrology different from sun sign astrology, the columns you see in the newspaper?

Well, to begin, astrology is the study of life’s progression. The most divine to the most depraved—astrology encompasses all of the vast possible manifestations of humanity without ever averting or even blinking an eye. This is why I respect it: it offers a window onto the human world.

These realms of life are reflected in careful reading of the natal chart and the transits, progressions, and other advanced tools some astrologers use.

Evolutionary astrologers, such as Stephen Arroyo, Steven Forrest, and my teacher, Dawn Bogrodi, believe the information available in a birth chart can open a tremendous door to self-understanding and transformation. It’s here, in the elements of the natal and progressed charts, that understanding can escalate to warp speed.

Forrest writes in The Inner Sky:

“Each combination of symbols, each birth chart, is unique. Like no religion, like no system of psychology, astrology paints a portrait of the individual.”

Some evolutionary astrologers believe the chart reflects, not just this life, but also past lives. As Forrest reasonably points out, however, it actually doesn’t matter whether the roots of an issue lie in this life or in another: very pragmatically, we still have the issue, and the natal chart will help illuminate it.

Moot point or no, the fascinating science of epigenetics has shown how trauma is remarkably, and quite effectively, often passed down through subsequent generations, even to the point of possibly changing genetic expression. Forrest, again: “We can call these roots the soul, shaped and twisted by the events of a thousand lifetimes. Or we can see them as a random alignment of the genetic roulette wheel. It does not matter. The roots are there.”

The chart, in a sense, holds the key to unlocking the secrets of our lives, illuminating our loves and needs and unraveling potential self-undoing. As we come to know our birth chart, we get to know ourselves and move into greater alignment with our highest ideals and purpose.

As Forrest notes, understanding the chart “helps us avoid becoming just another character out of central casting. In a flash, the whole pattern of creative tensions, blind spots, and aspirations that makes up our own unique personality comes to a focus.”

And when we are in tune with and aware of who we are, we gain acceptance, which can ultimately lead to inspired action.

“Glimpsing our essential self fills us with vitality,” Forrest writes:

“It helps us make better choices. We take care of ourselves more effectively. We learn to separate what we really want from what we feel compelled to want. And that makes us happier.

“This, then, is the real purpose of astrology: … We witness ourselves.”

Mindfulness incorporates similar principles. Stop long enough to observe a habit, and you may be able to change it—walking in nature to de-stress, say, instead of reaching for potato chips, or a cigarette. Evolutionary astrology applies this principle to the self. We witness so that we can change.

Needless to say, this is not sun sign or newspaper astrology, though “cookbook” astrology—a step up from newspaper columns—is a fun way to begin learning. It can be fascinating to read how one report or author interprets, say, your Moon in the 4th house. But it can only bring you a certain way down the road. The ultimate work of astrological interpretation comes in synthesizing the myriad, sometimes conflicting elements of a chart.

Say, for example, that we encounter a woman with the Moon at the top of the chart, near the MC. Her Mars is conjunct Uranus in the 5th house, directly opposite a Sun-Neptune-Lilith (and, more widely, Jupiter-North Node) conjunction in the 11th house. And she has Venus-Pluto conjunct in the 10th squaring Saturn in the 8th house.

This all suggests a ground-breaking, if not revolutionary, creative mind—a strong woman with a tendency toward socially prominent and intense, if not difficult, relationships that integrate with and aid her career.

Any idea who this might be? It is Frida Kahlo.

For Kahlo, her creative expression (5th house) reflected her internal states, which were also central to her work in the world, with the Moon on the MC—interestingly, at the very end of Taurus, what is considered a critical degree. She may have been emotionally comfortable with fame, while her emotions would become a central part of her renown. Indeed, expression may have felt like something of a compulsion with Mars and Uranus conjunct. Yet expressing herself creatively may ultimately have been what kept her balanced despite the vicissitudes of her romantic life (that Venus-Pluto conjunction), while her Moon sextiling Saturn must have helped with emotional regulation as well. Meanwhile, Mars-Uranus directly opposite the powerful stellium in her 11th house of social groups shows she was likely to be well known for her creative work.

This is the kind of working with, rather than struggling against, the natal chart that evolutionary astrology focuses on.

The astrology of Kamala Harris...

The astrology of impeachment: ... 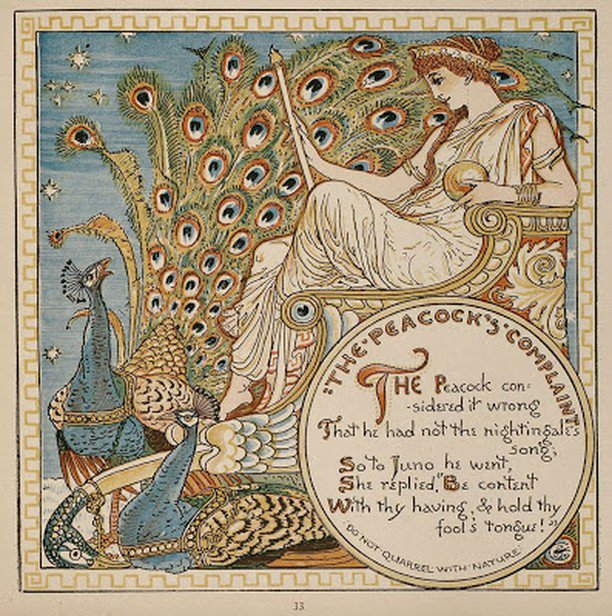 The astrology of Brené Brown ... 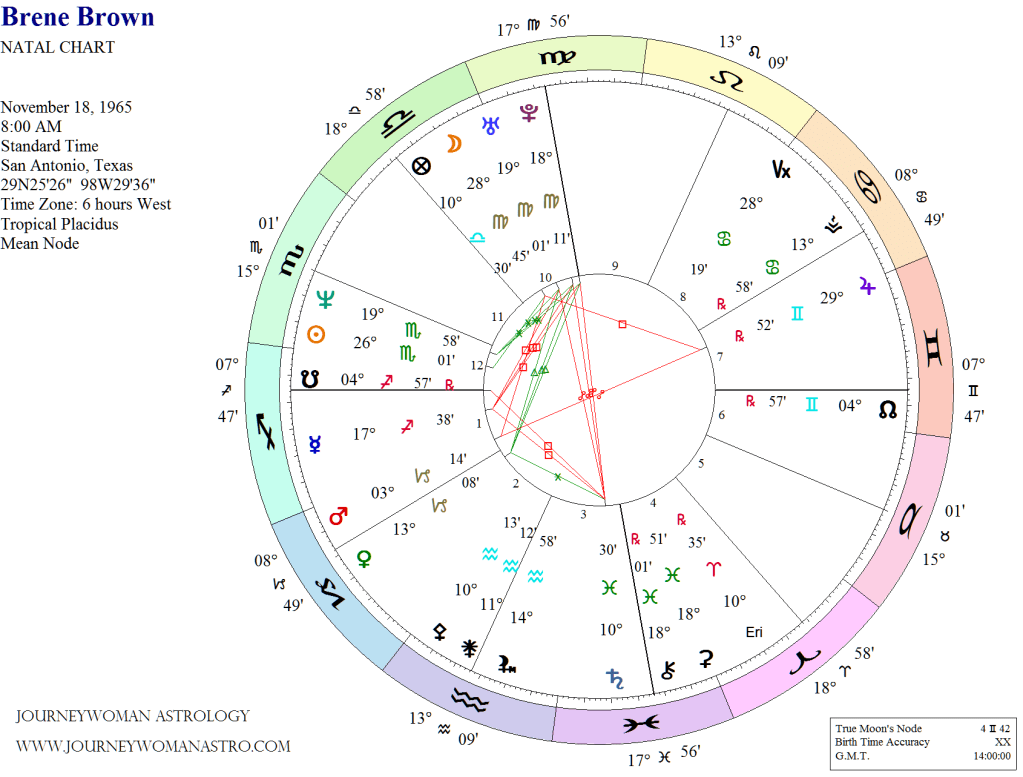 curious about Your astrology in 2020?

I’m offering a special 45-minute consult to look at how the historic transits of this year affect you.

What will you discover?

See exactly how this year’s dramatic transits will impact your unique chart. You won’t find this information in a sun sign column!

Many astrologers examine only transits—leaving you with an incomplete picture. Progressions are a powerful predictive tool, while the asteroids add depth, nuance, and powerful descriptive abilities.